A Monster 11 Questions Meme was doing the rounds a while back and there were a number of severe cases of multiple tagging reported in blogland. The danger seemed to have passed but, just when you thought it was safe to get back in the surf, I bob up with my contribution.

I was tagged for this one by the bewellied and multi-talented Ageing Matron blogging from the vicarage garret. En bref the idea is that I answer the Matron’s eleven questions and then I ask eleven different questions of some other blogger/s, if there are still any willing participants left in blogland.

I have decided to complete the task in two parts for a couple of reasons. Firstly, I started this post over three weeks ago and suspect that I may never post it I don’t just, well you know, post it! Secondly, I suspect that readers may lose the will to live and their ability to scroll if I attempt answers, questions and tagging in one go. Please shoot me if you are unhappy with this approach. *Waits of sound of gunshot* OK, here goes, with the Matron’s fiendish questions: 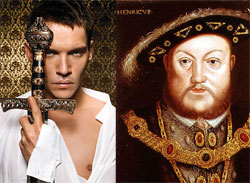 Sword and nipple shirt was a good look for Henry. Bling and fur-trimmed hat, not so much.

If you could have an audience with any British monarch which would it be?
I was going to say Elizabeth I, but changed my mind as I really have no beef with her at all. But her father, Henry VIII, now he is someone I would like to have a word with. I would like to say a few things to him that all his ‘people’ were clearly incapable of saying (probably in the same way as the entourages of Michael Jackson or Whitney Houston might have skimped on the home truths) and these are as follows:

“No Henry, your will is not necessarily God’s will. So, no Henry, what your dick is telling you is not God’s will either. You are not God’s representative on earth. Ergo you shall not give your dick carte blanche. That is all. Oh, one more thing. Get thee out of the pie shop.”

What is the most frightening thing that has ever happened to you?
There was a late night incident in a Goan paddy field that could have gone badly wrong for me, but thankfully turned out fine. I was somewhat crippled at the time and had no choice but to accept a lift on the back of a local boy’s bike to get back to my hostel. He decided to stop in the middle of nowhere for a little moonlight and romance. I bluffed my way out of it. Kashmir had it moments too. Blog fodder for another day I suspect.

If you appeared on Desert Island Disc what would your luxury be?
Yay, I would be so flattered… erm, my laptop and a good wireless internet connection and VPN. Electricity supply implied. Oh dear, is that very sad? 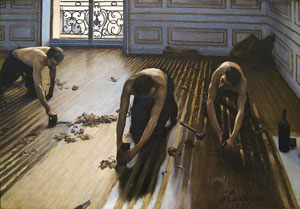 What kind of museum or gallery exhibition would you cross a city to see?
A big eff-off art gallery every time. Uffizi+Prado+National Portrait Gallery+Musée D’Orsay+MoMA+hours to kill. That kind of thing.

What would you choose as your last meal?
Yikes. Just rain Thai food down on me please. And for pudding, chocolate fudgy fondanty caky thingy with cream AND icecream.

If you became leader of a political party what would your slogan be?
I have two degrees in political science (wouldn’t know it from reading my blog eh?), and this is the most scary question of them all (after the music question of course – see below). Apologies to my parents in advance for the blatant waste of an expensive education. 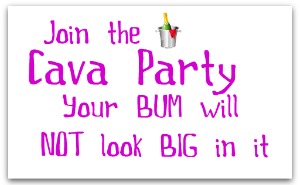 What piece of music makes your pulse race?
Oh no, too too difficult for me this one. So I will refer honorable readers to an earlier post in which I admit that the theme tune to Black Beauty makes my soul sing.

What human quality to do value most highly?
Kindness. If we can’t be kind to each other every day, acts of kindness big or small, then what hope is there for us?

What is your greatest regret?
I try not to allow room for regret as I am certain that if I had done anything differently I would not be where I am now and I would not have my Bibsey. And that to me now is unthinkable. However, I think that at some point I stopped dreaming of what I might be and what I might do. I think that I regret that, because it it good to dream.

Can you do a forward roll (if yes, photographic evidence is required)
Yup. And a headstand. Photo? Really? 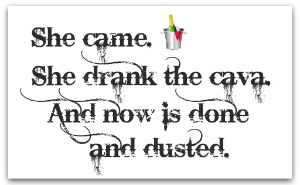 What ingredients do you rate in a blog?
Honesty, humour, and a nice bum. What? Blog not bloke? Ok. Honesty, humour and pleasingness to the eye. Shallow I know, but I am a Libra and I like things to be beautiful.

That’s all. To follow is Elevenses Part II in which I tag and question some other bloggers. I was thinking of targeting and probing some fellow expats… if you fancy taking part, let me know.

And finally, I am not usually given to public displays of desperation or begging in general, but if you enjoyed this post please do not hesitate to nominate me  here for a MADS 2012 blog award. I will not be embarrassed. Nom nom nom. Yanks! Dribbling with gratitude…