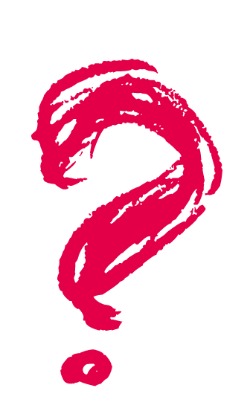 Hello, good evening, and welcome to Part II of my submission for the monster 11 questions meme. I was tagged by the the adventurous Ageing Matron to answer 11 burning questions as set by her, which I have done in my previous post, and then set my own 11 questions for some more bloggers of my choosing. The idea is to do this in one fell post. But, I just couldn’t. It was too much for my beleaguered brain, my keyboard exploded and then of course the dog ate it.

To come up with a range of funny, clever, challenging, searching, orginial and engaging questions is effing impossible by the way. Especially when you are following such a clever act as the Ageing Matron. And you end up wondering more about what your questions, rather than your answers, say about you. I blagged most of it of course, and went directly to Gshmoogle, before consulting my own brain, with the term “best questions ever asked” or some such searchy phrase.

Here is a mashup of the results, in descending order from deadly serious to seriously silly:

1. If you can bare to, describe a mistake that you have made in the past and what you learned from it.

2. I often wake up feeling like an old lady whose been playing muscial beds with a toddler all night. Strange I know. How old would you be if you woke up one morning not knowing how old you were and had to hazard a guess?

3. And how old would you be if you woke up one morning having chosen how old you would be the night before? And why?

4. I have utter shoe envy where Claudia Winkleman is concerned. If you could walk in some one else’s shoes for one week, whose shoes would they be and why? (alive or dead, famous or not)

5. Is there one particular blog post that you have written that makes you most proud?  Tell us why and drop the link here.

6. Going back to the Amazing Matron’s questions. You are the leader of a political party that has just won the general election, what would your first act as prime minister be? 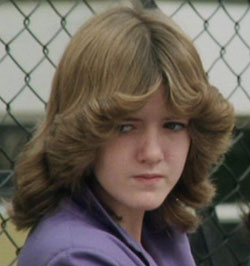 Flicked frindge that I could only dream of

7. As a kid I used to wish that I went to school at Grange Hill – more than anything I wanted Trisha Yates’ hair. If you had to live as a fictional character, who would it be and from what book/film/play etc?

8. The papers have a story on you, what would that headline be?

9. I used to be able to down bottles of beer in one go via a thing called a beer bong (length of tube and a funnel). Did you have a ‘party trick’ in your twenties and do you still perform it now?

10. It was quite a surprise when I conceived Bibsey and I am often to be heard saying to her things like “how did mummy and daddy make something as gorgeous as you?” and “what did we do to deserve you?”. Anyone might think that I didn’t know how babies are made. How are babies made? Where do they come from?

11. I’m running dry here… erm, I promised seriously silly didn’t I? Perhaps, to end on a really silly note you would like to share the silliest joke that you know (or can find on the internet)… here’s one to get you started. An oldie that had me, my siblings and cousins laughing all Christmas one year:

Right, I tag you : Fiona the  Scribbler in Seville, Mary of Asturian Diary, María of Feisty Tapas – All fab bloggers with a Spanish flavour who I would like to know better. I would also tag VeryBoredinCatalunya but she was quite clear on the subject, in that she didn’t want to be tagged. Perhaps, she might just give us the answer to number 10 as she has quite recently had a baby… let’s see.

Done. Dusted. And now, I am off to nurse my poor buggered neck, which I buggered trying to gather the photographic evidence of my gymnastic abilities for the Ageing Matron, as requested. Who knew that blogging could be so physically demanding.