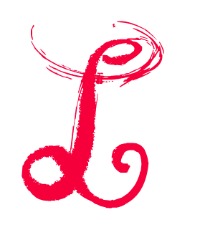 L is for lazy.

I may have spoken about my lazy streak before here and there. And today I find that in my alphabetic desperation it is time to invoke my inner slattern once more.

If given the chance, left to my own devices, I would lie in bed, not get dressed, just eat cereal out of the box. I would get up reluctantly and only to go to the loo. I would leave the house unwashed, and barely dressed, only to buy milk and cava. Food would come by delivery, and only then if the phone was close to hand.

Ooops. I rather suspect that I was having a flashback – to post break-up Sunday singledom in London – and now I’m back in the room.

I think that what I am trying to say is that I have the propensity to be quite lazy. I do not ‘get up and go’. Rather, I get up and fanny around in my pyjamas. I DO leave until tomorrow that which could be done today, but which could ALSO be done just as well  tomorrow. I will put a dirty cereal bowl through the dishwasher three times before I admit defeat at the hand of caked-on Rice Krispie, and wash it by hand. And yes, of course, I do my best work under pressure. Ha ha ha. Nothing like a real deadline to galvanise the lazy.

I think that my sister summed it up rather beautifully to my brother one day, when he told her that she was the least lazy person he knew. She said “it is precisely because I am so lazy that I cannot, must not stop”. And she doesn’t stop. My sister is a dynamo. And a whirlwind of creative energy and passion.

It is a statement that makes so much sense to me now. I do not dare sit down in the evening until dinner is cooked. I blog standing up. Because to sit down and just relax would mean the end of all purposeful activity. I sometimes kid myself that I might write an email or make a phone call sometime in the evening, after eating. Never gonna happen.

I know, I know, perhaps you are thinking “That’s not lazy, that’s just a tired, busy mum. That’s normal. Stop trying to dredge up blog posts out of nothing! And go and put your feet up instead.” Thanks. You’re kind and you’re very nearly right. But I am lazy, just a little bit.

How about you? Morning person? Get it all done now, so that you don’t have to worry about it? Or, flying by the seat of your pants always and forever? Bylining for The Daily Slattern?

And here is a song I love, that I used to sing to Bibsey to get her to sleep during her first hot Spanish summer. Marilyn starts singing around 1.40 into the clip… start there I should.