UPDATE: My name is Sophie and this is the blog that kept me sane for a few years when I was a new mum living in Spain. Seven years later and I’m now back in Blighty with the eponymous Bibsey, my bright and beautiful seven-year-old, starting again. I work as a freelance writer and web designer and you can find me here.

Below is the original ‘about page’ which I am leaving as it was way back in my Bibsey blogging heyday. It sums up what the whole thing was about. Meanwhile, I’ll just leave this blog here, where you might stumble upon it… and I might be back later.

Love, light and lashings of Cava served in a frosted yogurt pot 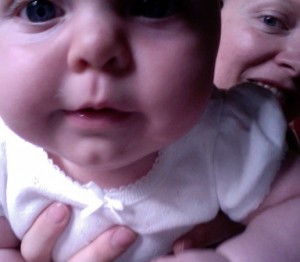 I am a first-time, full-time mum to Bibsey (born in Spain, Spring 2010) living up a mountain in Southern Spain with the now Totally Smitten Daddy, more commonly referred to in these pages as Mr B.

We left London and the rat race in search of sun and a simpler life here in Spain. Ha! We arrived to the worst rain on record and had a gorgeous bouncing Bibsey to boot.

I found out I was pregnant (surprised and quite frankly over-the-moon) the week before we left for Spain. When I took my first pregnancy test I was literally up to my eyes in packing boxes. Undaunted we filled the car with all that we could carry, and two weeks, and a wedding in France (not ours), later I was flexing my linguistic muscles and making my first midwife’s appointment in rural Andalucia. There were tears at that appointment, and the next… more on that later I suspect. 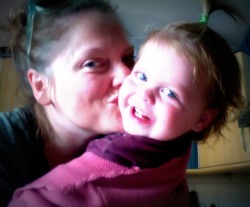 Here I will write from the perspective of an expat mummy in Spain, about the ups and downs of living in Spain and the joys and humiliations of pregnancy, childbirth and parenting.  I believe there is no such thing as Too Much Information. So, there may occasionally be a word or two on constipation, bowel movements (not just Bibsey’s, although it is of course a favourite topic) and piles.