I don’t have a Bucket List. Not such a listy person you see. However, I can’t help but notice that Bibsey is working on her’s and I thought here might be a good place to keep track of it. Coming up, numbers 1 and 2…

1. First up, she wants to own a horse. Not unusual for a little girl and not beyond the realms of possibility in that horses do exist in this world. She has told me that she wants a horse in the same serious tone that she told me she wanted a cwown and pink flip flops. She now has a fairy crown and pink Dora the Explorer flip flops… I assume that she has done the maths and is confidently expecting her horse to arrive someday soon. While she waits she seems content with lavishing much nose-to-nose attention on the horse outside one of the cafes in town. She has only just recently become aware of the fact that if you feed it euros it heaves itself into action. With this revelation I can’t help but feel some innocence has been lost.

2. She wants to touch the sky. Yesterday evening at cocktail and cabaret hour, when Bibs was appearing in her nightly one-toddler-show, she decided that she would touch the sky. Of course it didn’t take her long to work out what most of us already know: you can’t just touch the sky. Not even on tip toes. You need a stool and even then it’s pretty tricky.

Here are some snaps of the floor show… because my feeling is that words alone can’t quite convey just how groovy my little chick is. 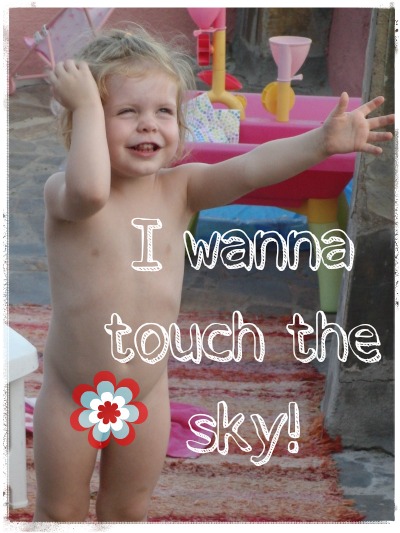 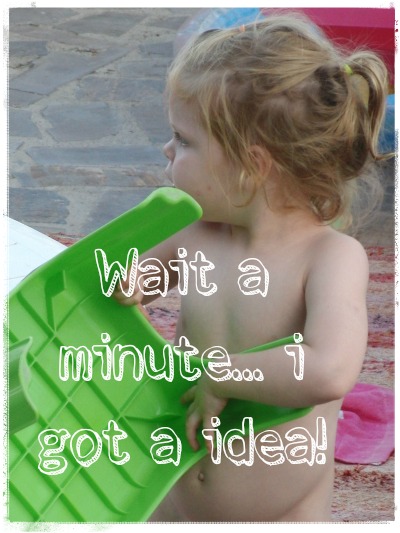 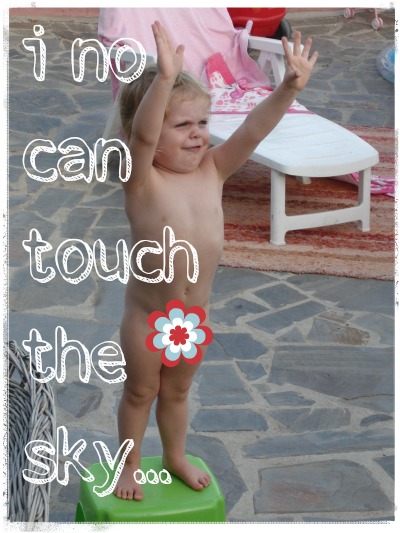 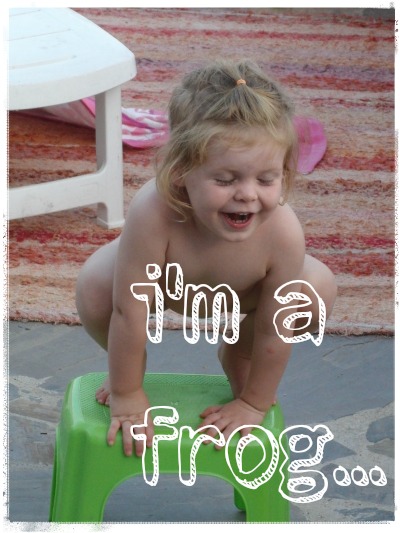 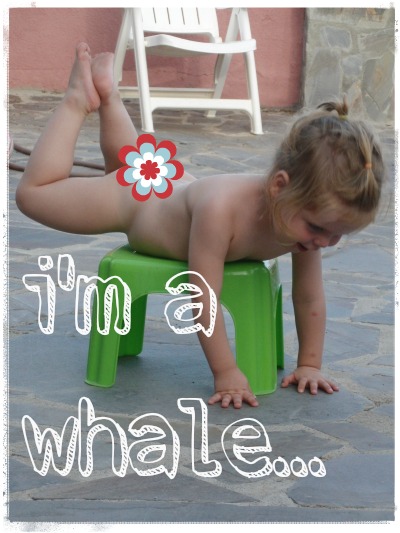 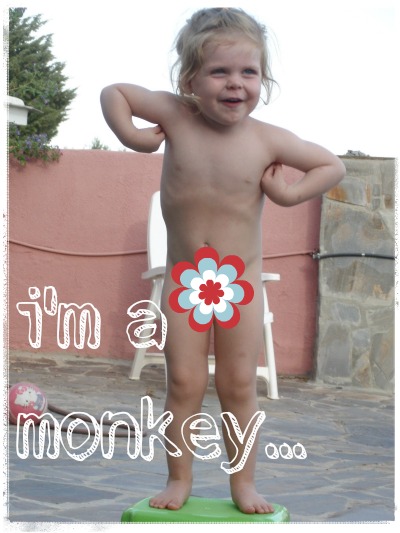 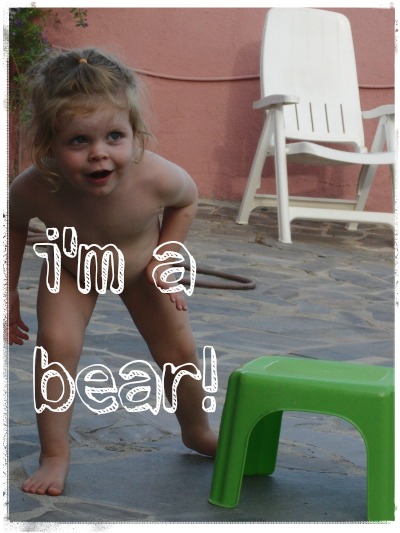 What have we learned? If at first you don’t succeed, dazzle ’em with your best animal impressions.

So there’s numbers 1 and 2 of Bibsey’s Bucket List. Do your kids have a Bucket List that you are aware of? Which items on that list make you smile? And which make you shake your head in utter dismay? Let’s hear ’em.