I dropped the blogging machine yesterday: my beautiful MacBook Pro apple-side-down on the cold hard Spanish tiles. Incredibly it is still working, but now it has an ugly hairline crack on the once pristine trackpad. And a bit of a scratch on one of its corners. So my window on the world is still open, but fractured. 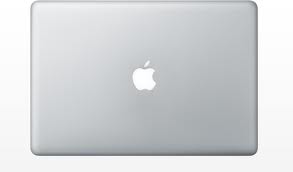 It left me with a feeling of unease, a constant niggle at the back of my mind. Or, as Mr B put it, there has been a ‘disturbance in the force’. I found it hard to concentrate on anything without doing some kind of ‘limb check’ and wondering ‘What’s wrong? Oh yes, I nearly killed my laptop.’

I think that what was really bothering me was finding out just how very much smashing up my ‘precious’ has indeed bothered me. Have I turned into some sort of Gollum?  One laptop to rule them all blah blah blah…

The MacBook is such an object of desire. And I really am that enamoured of it. Mr B far is less attached to ‘things’. The laptop is just a ‘thing’ that can be replaced (at great expense and not anytime soon), unlike the precious thing that I was holding in my other arm at the time – Bibsey. That puts a bit of perspective on the situation doesn’t it?

Ok, the laptop may only be a possession but it is my link to the outside world (my old world outside our new life here in Spain) and my friends and family. I don’t know how I would have got by in Spain during my pregnancy and since the birth of Miss Bibsey without facebook, email and skype.

It was also my last major purchase (apart from the car) that I made before leaving London for Spain and motherhood. I bought it with money earned. I chose the Pro over a simple MacBook because I wanted one in silver (good job really because one of the pretty white ones would not have survived yesterday’s dropping incident) and I could afford it. It seems that my gorgeous machine may also be a symbol of my old life and independence.  Maybe that is why I am so disturbed by the hideous imperfection glaring up at me from the keyboard. Oh dear.

So, here’s my question. Is it wrong to be so attached to a thing? Or is it Ok to want to keep things nice and pristine and scratch-free in a world where banana and yoghurt have been slung to the four corners of the kitchen and all my clothes smell slightly of baby spew?