The Gallery theme over at Sticky Fingers this week is Eyes.

My baby has gorgeous blue smiling eyes. For me, they are the most beautiful eyes that ever opened and lit up at the sight of a glass-doored dessert/ice cream cabinet. 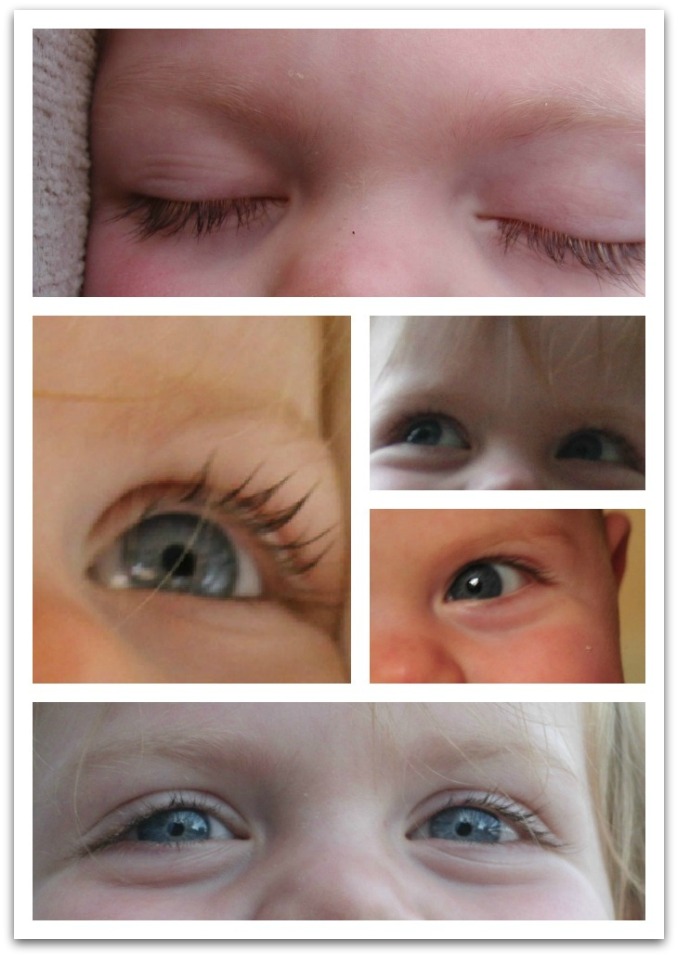 Early this year Bibsey suffered with a series of eye infections in varying shades of nastiness. It seemed that the first incident, which was accompanied in the middle of the night (isn’t it always?) by a raging fever, created in her a susceptibility to conjunctivitis that carried on throughout the spring. Whenever she had a cold or a new tooth her eyes would get infected too. It went on and on.

We even ended up in Urgencias one Sunday and they asked me why I hadn’t come earlier. Yes, thank you, could I have some guilt to go with that panic please?

She had endless antibiotic eye drops, that were a bloody nightmare to administer, and never seemed to clear the problem up decisively. In the end I went back to the Doctor, to tell her that nothing was working, so she tried a different tack. It turned out that poor old Bibsey’s suffering was down to the olive pollen in the air (not an uncommon complaint here in Southern Spain) and a daily dose of antihistamine sorted her out almost immediately.

No more horrid eye drops. And no more plaintive whispers of “eyes Mummy, eyes”, as I cuddled her in the dark before rising, just dreading looking in my little girl’s eyes knowing that they would be red and swollen and gunky.

Just beautiful, clear, blue eyes. With lashes to die for.

Click The Gallery badge below to look into some other people’s eyes.