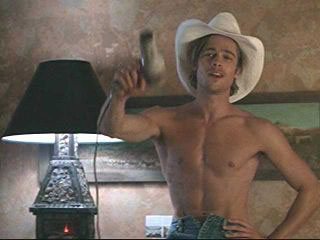 Sadly not all hitchhikers come in similar packaging

A lot of  hitchhiking goes on around our way. This has plenty to do with the very large mountain on which we live and the lack of buses running up and down it. You can expect to see all sorts thumbing a lift up the hill: hippies, backpackers, kids, little old ladies and rather more burly-looking men. All sorts.

I have never really embraced the whole hitching thing – from either side of the fence. And now more than ever, with a child on board more often than not, I am even less likely to pick up stranger off the side of the road. I feel like I need a sign that says “sorry, I would pick you up (lieslieslies), but I have a car full of shoppingshoesbabychocolatewrapperstoyscrumbs etc and really can’t stop as my breaks have failed”. Am I a terrible person? Probably not. 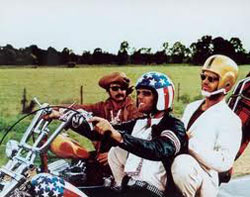 I would absolutely give Jack Nicholson a ride any day

Mr B will give someone a lift. But then he is 6’3″ and much more likely to be out and about in the car on his own. And I guess you could say that in many respects I am not such an easy rider as he.

All that said, I did give someone a lift the other day. Bibsey and I were out and about down in the town and we bumped into a little old lady who we had met the day before in the doctor’s waiting room up in our village. She was waiting outside the dentist and we stopped to say hello. She was still there about an hour later when Bibs and I had finished all our shopping and cafe hopping (oh the glamour and the bright lights). Quick as a flash she had darted across the road, gums full of cotton wool and carrier bags flapping. She asked for a lift and I couldn’t have been happier to oblige.

We chatted all the way up the hill. Yes, little old me holding my own in conversation with a Spaniard while driving a car up a very steep and winding road. Bibsey slept through my finest hour. Among other things we talked about the snow in winter, the terrible rain of 2009, the state of the road, the quality of the drinking water and how many bloody spiders there are in my house. She was proud to tell me that she was 70 and had lived in our village her whole life.

This is the most Spanish that I have spoken in a long time. And it gave me a real boost. This nice woman may very well be our new Cou Cou lady. 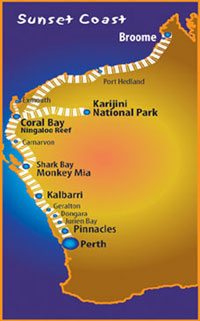 A perfectly fabulous trip ruined only by two perfect b@stards

While we are on the subject of hitching I have a somewhat less savoury tale for you. When backpacking Australia my friend and I (in our early twenties) answered an ad on a hostel notice board: two Aussie blokes offering a lift in their panel van (yes, I know. The answer is in the question right?) from Perth to Broome (long old way up the west coast). The deal was that we paid them gas money and we could use their two man tent at night while they slept in the van. I think that it was on the second or third night at a lovely camp site in Coral Bay that we were introduced to the phrase ‘fork it or walk it’.

F*cking charming! I slept with my boots on that night. And the next night.

What do you think about hitching? Good idea? Bad idea? Just something you do in your twenties?