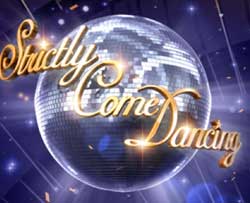 Kickin' & Flickin' on the Strictly Desk at Bibsey Towers

Yes hurrah! Dance world sit up! Blogoshpere beware. It is that time of the week again. The Strictly Desk at Bibsey Towers is still open for business and alive and kicking (flicking and kicking daaaarling, if you get my jive). This is me, with absolutely no encouragement whatsoever from anyone not even my Mum, ‘turning up’ for work here folks. Whether I can ‘keep up’ or ‘shut up’ is doubtful – sorry Goodman.

Truth be told, at this stage I haven’t even watched the results show yet. I can’t seem to keep up and we have had a few connectivity issues this week which haven’t been helped by the arrival of ‘another woman’ on the scene. Yes, that’s right, the iPad. I am an iPad widow. So while she was getting herself all connected up to the network, updating her silky software and generally keeping Mr B away from the day job (keeping me online) I was suffering bandwidth issues.

OK on with the show:

Toppled: Jason, from the number 1 spot. Well, it had to happen sometime. His Paso was not so great for me, but somehow I couldn’t put my finger on why. The judges did it for me – all intention and too much gallop. 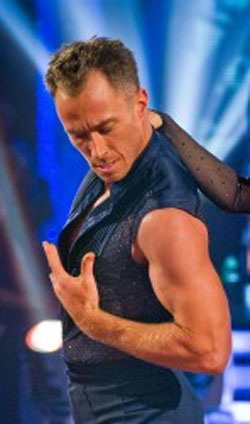 Best rack in a rumba award: Clearly goes to Jones of Jordan and Jones… it’s just a pity that she didn’t have the hip action to match. As Tonioli said: “demure and hesitant” have no place in the rumba. Jones looked a bit gutted. Chin up love… the rumba is over and you survived. And Jordan… shouting at the judges, is that wise?

Rory oh Rory: Len said that he was like the government “a lot going on and not all of it good”. I kinda love Rory and Erin. Alicia being last judge was very kind… perhaps she could see that he couldn’t take any more criticism. AND GUTTED. Have just caught up on the news… Rory you were robbed.

Audley Schmaudley: And for the first time I am even kinda liking Audley this week with his Foxtrot. Is it the boxer in him? He seems to be able always to pull it out of the bag on the night… And Craig liked it! We are on a wavelength here Horwood.

Dell’Olio embroglio: At the bottom of the class again. Being such a diva, you would think that the paso would be a dance for Nancy. But she was like a rag doll. A rag doll that counts (all the way through the dance) when you pull her string. Obviously the verdict here at Bibsey Towers is that she should have gone… oh Rory.

Lulu? one word: Fab-u-Lulu* daarling! *my word, not Craig’s. She is still making mistakes, but I really thought she was great. Oi, Cole! Don’t be grumpy!

Well that was fun: Cheslee and Pasha’s quick step got four 9s. She is really dancing, don’t you think? All the way to the top of the leader board.

Harry McCaughtintheheadlights Judd: What a romantic viennese waltz. It brought a little tear… of laughter when Bruno offered to do some shadow practice with him. He got the first 10 of the series (deserved) from Alicia who hit all the other judges on the head (deserved) with her number 10 paddle. 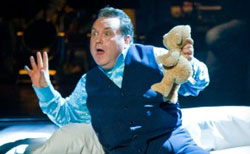 Butch and Sundance on silk sheets

Still my guilty pleasure: Russell butching-it-up Grant. Bruno got his tango. Did you?

This week’s question, and I shall await the snow storm of responses with great anticipation, is:

Do you think that James Jordan is right to challenge the judges the way he is this year, or is he dancing on thin ice? Goodman told him to turn up, keep up and shut up. What do you think?