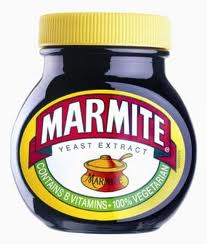 The food giveaway
I can convince myself that any amount of money is a reasonable amount of money to pay for marmite, but to save money, I will just buy the small jar. FALSE ECONOMY!  Panic starts to rise when we near the  bottom of any of the following: PG Tips, Bisto Gravy Granuals, Robinsons Squash, Colemans Mustard… oh, I and would quite possibly commit a crime for mint sauce. 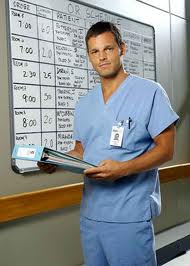 In reality I have three lives: expat, pre-expat (which actually includes an earlier expat existance) and online. I live off box sets and for deliveries from Amazon. I have watched so much hospital drama (en Español, if any one asks), I am practically a doctor myself. I hang about my computer waiting for signals from friends and family – real, virtual or imagined – and become anxious after more than five minutes ‘radio silence’ imagining that they are all thinking “Will she not ever just feck off? Didn’t she move away?”. Or worse, much much worse, that they are not thinking of me at all.

The friends giveaway
It takes a long time to meet and make friends. But new friends become dear friends, and the thought of ever parting with them starts to feel as difficult as it was leaving dear, old friends. Also we never give up on trying to ‘import’ friends to our new home. Success has been limited although we have plenty of visitors from April onwards. Oh the joys of the Spanish springtime.

The ‘home’ giveaway
I get muddled up when referring to ‘home’. There is the house that I live in home and then there is home home. Home home is my Mum and Dad’s house and a general, nebulous, wide-netted area of London and outlying commuter towns that contain my dear, old friends. This kind of annoys Mr B, who is a serial expat. For him home is where his internet connection is.

The To Do List giveaway
I never plan, nor attempt, to do more than one ‘thing’ in a day. By ‘thing’ I mean anything that might involve contact with officialdom or bureaucracy. For example I would never attempt to sort out the ITV (MOT) on the car on the same day as going to the bank to pay in the rent. Similarly, I would never think to register a birth, or join the library, or organise residency documents on the same day as going to the doctor’s.

In Spain I simply do things one day at a time. In fact for the big stuff I normally allow more than one day because the chances of having the correct paperwork for the  job in hand are slight to none.

So, here I am, an expat laid bare. What are your tells? What marks you out for what you are?

To join in or check out the other entries pop over to Kate Takes 5.