Every ‘To Do’ list I write seems to feature this: “Learn Spanish”*

Other common items are: get back to work, clean house, do Christmas shopping (this generally appears around October time and is studiously ignored until Amazon tells me “You are running out of time you fecking feckless bint. Start shopping”) and erm, oh yes, update blogroll.

I am a useless follower of the ‘To Do’ list and I should ban it from my life. It has never done anything for me. Nor I for it. However, the fact remains that I do need to “Learn Spanish”* (I think that we all know that I am never going to clean the house, right?) and so I have decided to commit myself to doing a little bit of  “Learning Spanish”* every week, online and in full view of you, Joe Blogs.

Every week (this is where the commitment comes in) I am going to post seven words, or phrases (mostly Spanish, for that is the language I am trying to learn) and by the time I have finished with them my hope is that they will be so deeply etched into my memory that they will never elude me when I need them. Even in the throes of childbirth, if I am ever called upon to do that again.

That’s a word for each day of the week, and I think I read somewhere that a list of seven things is the optimum (or was it maximum?) number for memorising. Whatever…

I am also asking you to join me if you like. In whatever language you fancy, especially if it is something exotic like Bogan or Vulcan. The Borg, however, need not apply. I do not want to join the hive mind. Sorry.

HERE’S HOW TO JOIN IN. I hope that you will leave me comments, corrections, additions, suggestions and your own words to add to mine in the comments below. If my 7 words inspire a blog post in you, please feel free to drop a link to your post in the comments here. And a link back to this post would be lovely too. 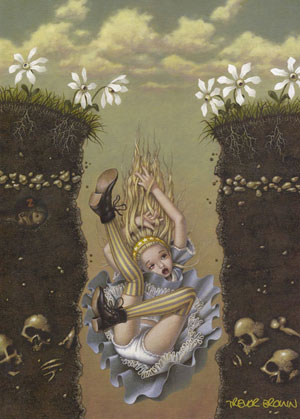 Alice is off to see a "Man About a Rabbit"... and other euphemisms

Right, onwards with this week’s  7 words which relate to EUPHEMISMS ~ EUFEMISMOS

And might I just say what a f*cking rabbit hole this one turned out to be! Hands up who knows the difference between a euphemism and an idiom? My understanding is that euphemisms are idioms that tone down language to make it more palatable. Digest that nugget and then forget it, because below you will see that, like Little Red Ridinghood, Goldielocks and the American Werewolf in London, I stray from that path pretty much immediately.

1. Dar a luz – lit. to give to light
This is a beautiful euphemism for giving birth. OK, I didn’t learn this one this week. I learnt it pretty much in my first week in Spain (up the duff and newly expatriated), but I thought that we could start with something positive because it goes downhill from here. Straight to the sewer…

3. ¿Cual es tu pinche pedo? – lit. which is your damn fart?
In other words ‘what is your f*cking problem?’ And here is where I might be coming a bit unstuck with the whole euphemism vs idiom business, because I don’t know when the word fart was ever the go-to word for prettying up something distasteful. And I fear that it is only going to get worse…

4. Huelepedos – lit. fart smeller
One who is a follower not a leader. Does that make a leader a fart dealer un traficantepedos? And does it also follow that he who dealt it is not always the one who smelt it? Let’s leave farts there shall we.

5. Enchufar – lit. to plug-in or turn on (referring to electric appliances)
Or in another conversation, not involving sticking the kettle on, it means to have sex. Of the penetrative variety I suspect. Electric sex? Well, I guess with the right person… 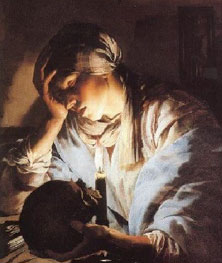 6. Mujer pública – lit. public woman
Guess what? We are not talking about la alcaldesa, or lady mayor, here. No, una mujer pública is a prostitute. However, if we were talking about un hombre público we might well be talking about el alcalde, the mayor. Hmm. You don’t have to look very far in Spanish, and some other languages for that matter, to find machismo in nouns and adjectives used to describe women. For more examples of how words for men, that are often neutral or complimentary, translate into sexist insults when applied to women check out this blog post.

7. Desmadre – lit. motherless
I have written about it before, but let’s have it again.  Desmadre means disaster, chaos, f*ck-up, and other such negative stuff. As in ¡Es el desmadre total!  It’s complete chaos! And, in the manner of such words like wicked, bad and bitching, un desmadre also means a riot, a blast, a rave. As in ¡La fiesta fue un desmadre!  The party was a blast!

Of course these last two only serve to confirm what we have all known since almost the beginning of days, that women are either mothers or whores, and nothing in between right? Me? I am just a mother now.

OK. Who wants to play? Wherever you are in the world, whatever the language you speak, or you are learning, are there any euphemisms, or versions of anything listed above, that you can share? What’s the story behind them? Can anyone add to my list of Spanish euphemisms? Corrections, additions and suggestions all welcome.

Next week: 7 Important Imperatives that every self-respecting mother needs to know.

* “Learn Spanish” spoken in manner of Austin Powers’ nemesis, Dr Evil, when referring to a “laser beam”, using fingers to gesture quote marks in the air.