The spring in Southern Spain this year was unusually late and wet and windy. We were still buying fuel in May for goodness sake. The snow line bobbed up an down, like the skirt of the Moulin Rouge’s finest, to the confusion and frank incredulity of all. We shuffled around grumbling about the weather and then pounced on any seasonably normal sunny day screeching “ha, it has arrived” only to find that it hadn’t really at all.

We didn’t move to Spain for this, people. We didn’t.

And the result of this wonky weather in Andalucía? An absolute riot of flowers on the hillside and in my crazy garden, which is just about ready to swallow up my house. Here are some photos…

But before that a serious word. The word is that the locals are worried. So much greenery on the hillside, when parched, is a serious fire risk during the hot months. There were serious fires as early as June last year when my parents were visiting. I remember the sky turning pink one afternoon – but not mentioning it in case I was just having some kind of 90s drugs flash-back – and being very relieved when my Dad noticed it too. Actually it was quite a serious fire and people had to be evacuated. We were not affected but I packed a bag: passports, iPads, tampons etc

What would you pack if you had to leave in a hurry?

Oh, and as promised, here are the photos of the riot of spring in La Alpujarra. 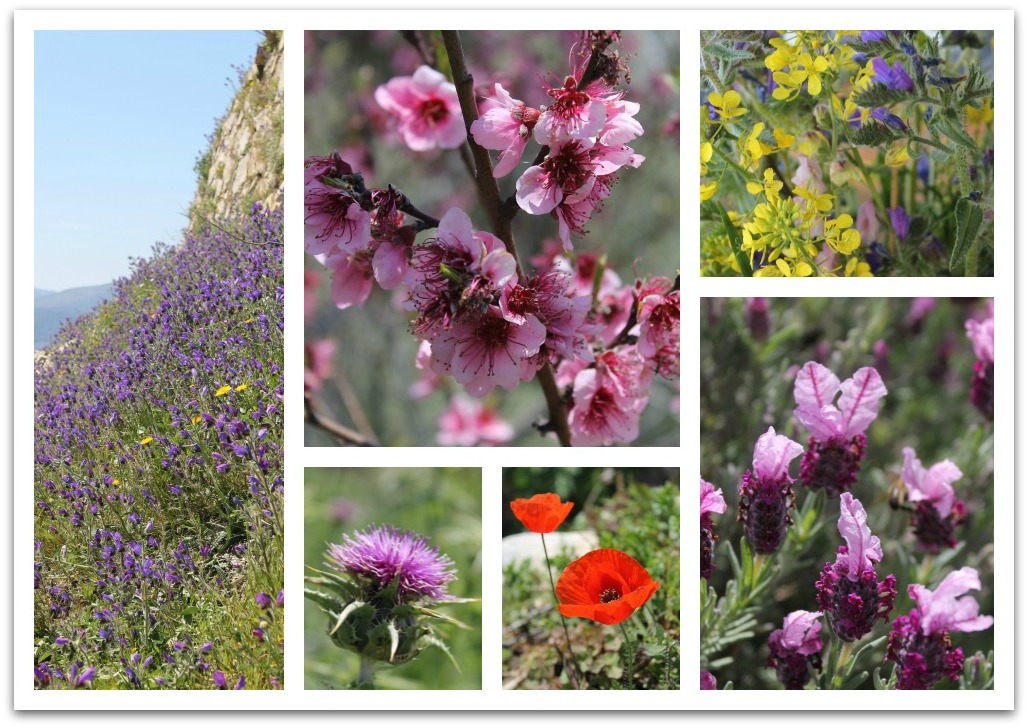 This post is part of a celebration of spring over at Older Mum in a Muddle. Click the badge for more springiness. I am also linking up with the How does your garden grow? Linky over at Mammasaurus. I have been wanting to join in for weeks but work has taken priority, so I have had to content myself with lurking virtually about other people’s gardens until now. Click the pretty badge for more. Do it! It will make you smile.